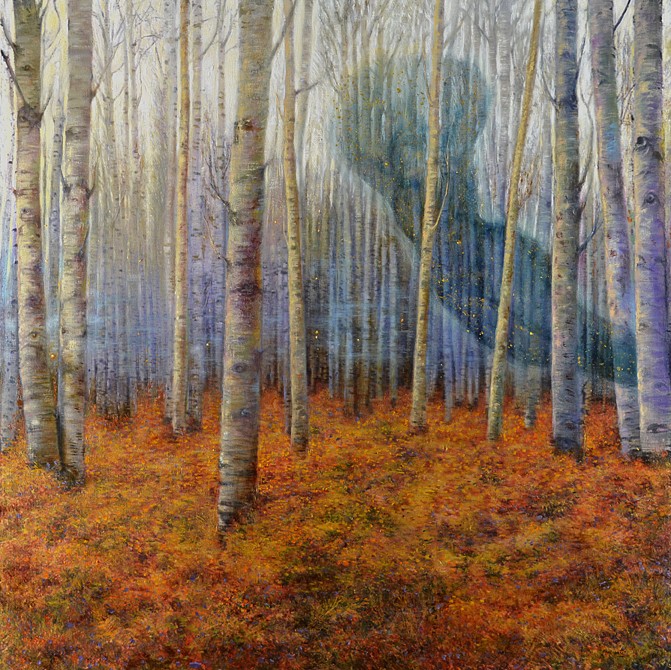 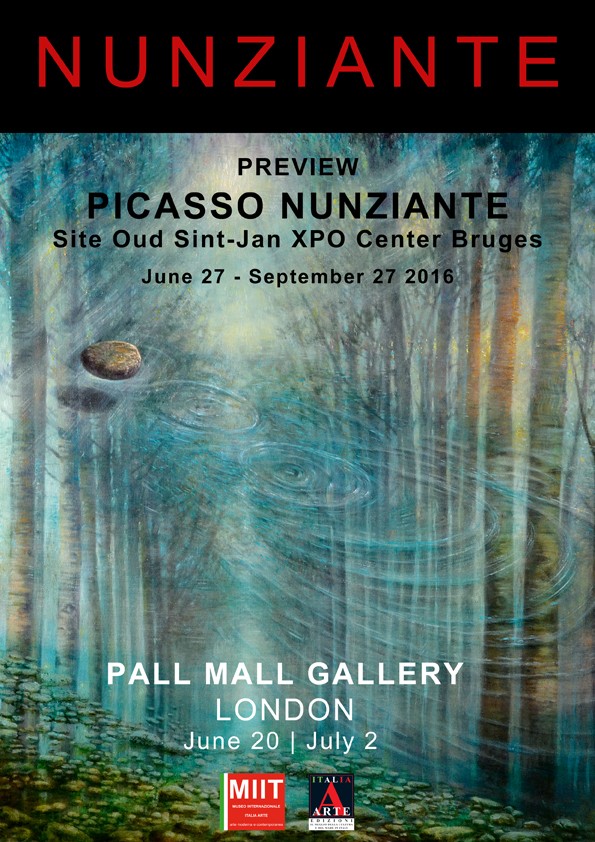 A historical exhibition at the Pall Mall Gallery, in London, organized by the Museum MIIT and
Italia Arte of Turin, led by Guido Folco. The exhibition presents some masterpieces of one of the
most important contemporary artists in the world, the Italian Antonio Nunziante. From June 20th to
July 2th 2016 there will be exhibited 25-30 works of Antonio Nunziante, including oils, tempera,
watercolors, ceramics, bronzes, from private and public collections.
The exhibition is the preview of the great exhibition “Picasso-Nunziante in Bruges” from June 27th
to September 27th 2016 at the Oud Sint-Jan Museum – Expo Bruges: 300 artworks of Picasso, 100
masterpieces of Nunziante and 100 artworks of Mirò”, curated by Jean-Christophe Hubert and
Guido Folco.
BIOGRAPHY
Nunziante was born in Naples in 1956 and try the oil painting at the age of eight. In ‘83 United
States meet works of Nunziante to Artexpo in New York and Los Angeles. In ‘90 it’s time to Tokyo
to host him with a solo. In ‘91 even in New York and in ‘92 also in Florence. 1996, in the
exhibition “Il valore della figura” attends with two works of the greatest of the Italian ‘900: Bueno,
Cascella, De Chirico, Guttuso, Modigliani, Morandi, Marino Marini, Severini and Sironi. Nunziante
introduce the new millennium with ‘Parallel Dimensions’, exhibited in 2001 at the Paris BossuetMeaux
museum in the exhibition ‘Hommage à l’île des morts’ next to the works of Salvador Dali
and Max Ernst. This is also the decade of the great confirmations, successes and awards: show off
in New York, Philadelphia, London, Paris, Miami and Prague. 2009 is the year of the big
anthologies in the museums of Turin and Rome, the exhibition of Beverly Hills “Metaphysical &
Surrealism” with Dali, Ernst, Tanguy and Delvaux, the record price achieved at auction of
Sotheby’s Milan. But it is the year 2011 that consecrated him with the exhibition ‘Caravaggio
Nunziante’ in Castel Sismondo, where Nunziante is inspired and compares with “L’estasi di San
Francesco d’Assisi”. A personal milestone at the Chiostro del Bramante in Rome and Genova Ducal
Palace next to Van Gogh, Gauguin, Monet, Turner, Kandinsky, Wyeth and Homer. The works of
the four major exhibitions of 2011 are considered among the highest of the painter’s career. These
masterpieces conquer the city of New York with the great solo exhbition of 2012 in Soho, entitled
“Works”. On the occasion of the year of Italian Culture five major works will be exhibited at the
headquarters of the Italian Consulate in New York until June 2013. There will be two major
successes to score 2013: records price at Sotheby’s New York, with oils “Progetto per un viaggio
ancora possibile” and “Atelier sul mare”, awarded respectively to $ 62,500 and $ 68,750. 2013
closes with a prestigous solo in Dubai at the Capital Club. The 2014 opens with an international
group exhibition in Palazzo Reale in Turin with De Chirico, Warhol, Casorati, Boetti, Savinio,
Hirst, Schifano, Baj, Rotella, Chia and Botero, followed by the two major retrospectives at the
Palazzo Medici Riccardi in Florence at the same time at the Maggio Fiorentino and Palazzo Panichi
in Pietrasanta, for the 500th anniversary of the death of Michelangelo Buonarroti. In 2015 there is
the traveling “Imago mundi” international group exhibition at the Sandretto Rebaudengo
Foundation in Turin, then he also staged at the Palazzo Cini, as part of the Venice Biennale.
Meanwhile Casa del Mantegna in Mantova hosts “Magnifico” exhibition, the event to inaugurate
the project “Renaissance Vanguard” with recent works of painter. At the opening was delivered to
Nunziante the medal by the President of the Republic by the Academy of Torre Di Carrara. 2015
continues with the exhibition “De Chirico, Nunziante: beyond appearances”, at Palazzo Mathis of
Bra and the exhibition “From Picasso to Nunziante” at the Centre of Modern Art Site Oud Sint-Jan
in Bruges. Exhibition that has aroused great interest in the director of the Bruges museum and who
has declared an intention to enter maestro Nunziante into a collective for 2016: 300 works by
Picasso, 300 works by Miro and 120 works by Nunziante, event that will mark the biography life of
the painter of metaphysic. Preview of the big event are presented in Turin at the MIIT museum, as
well as in San Benedetto Po in the Refectory Monastic Polironiano with the exhibition
“Rinascimento contemporaneo”, in Baden-Baden at the Altes Dampfbad Museum, Pall Mall
Gallery in London in June, to move finally to the Zhou Brothers Art Center Foundation, also known
as Obama Foundation, and 33 Contemporary Gallery, simultaneously in Chicago in September. 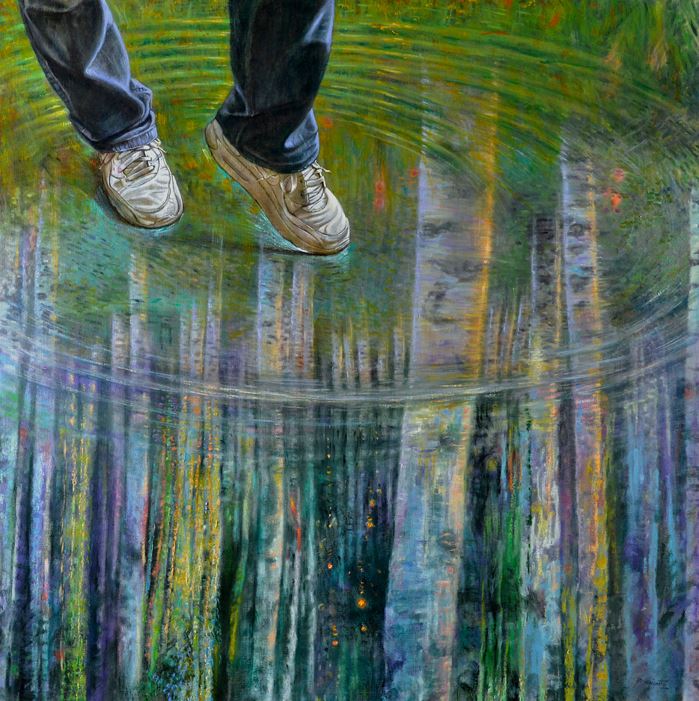 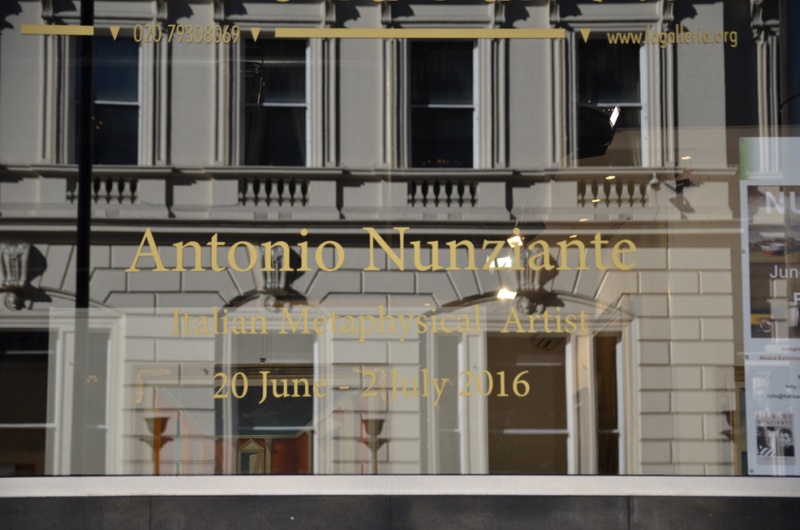 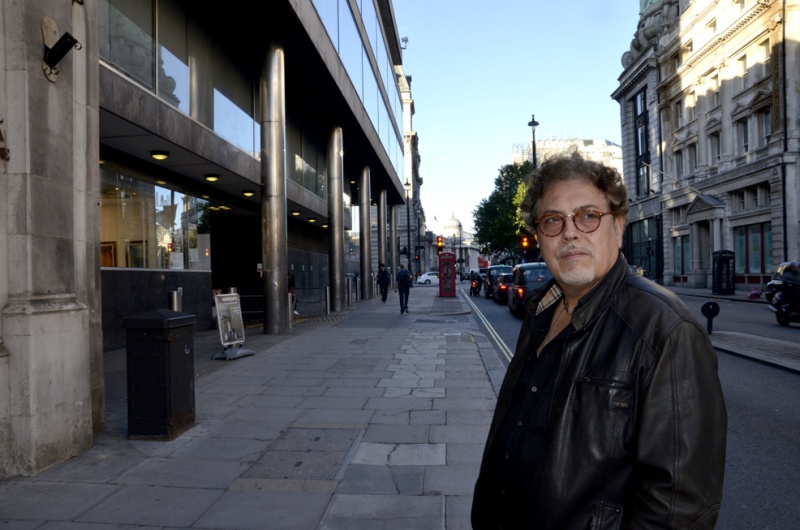 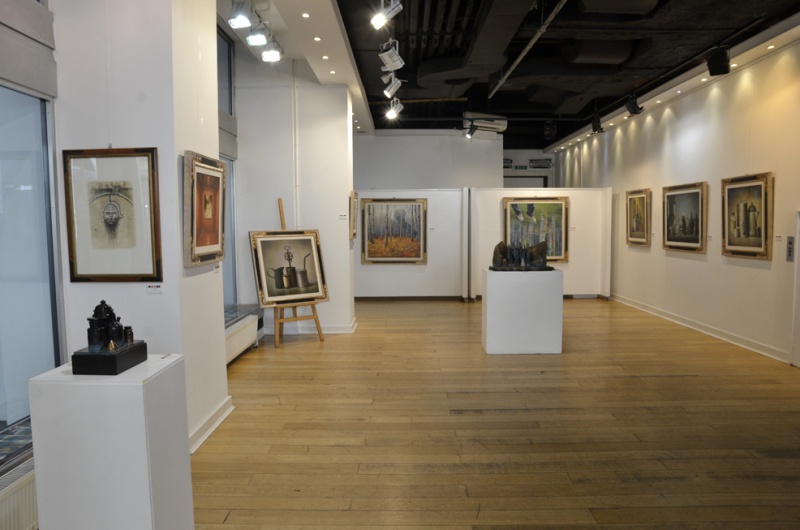 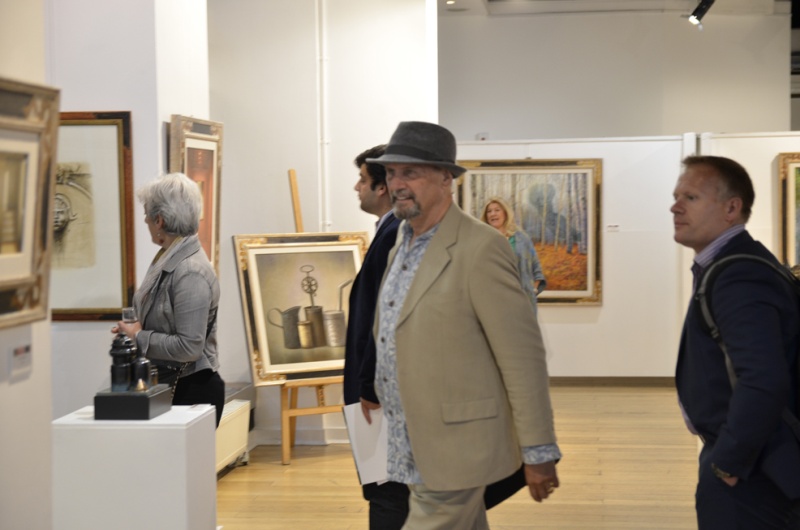 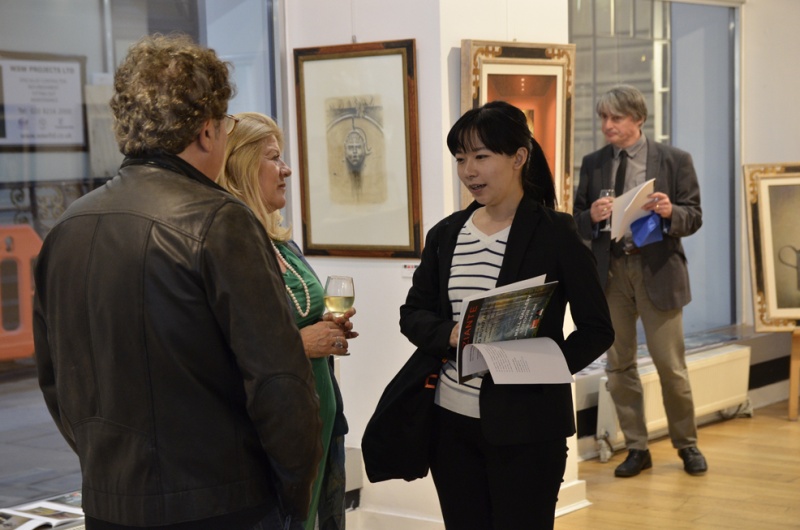 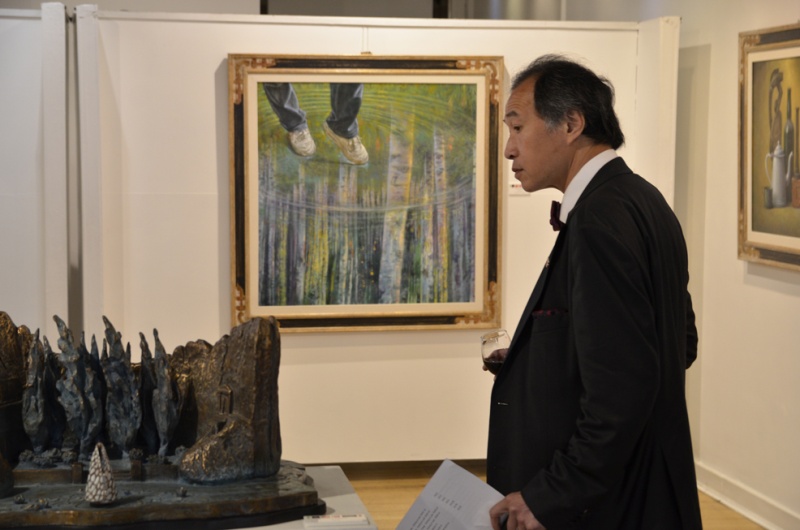 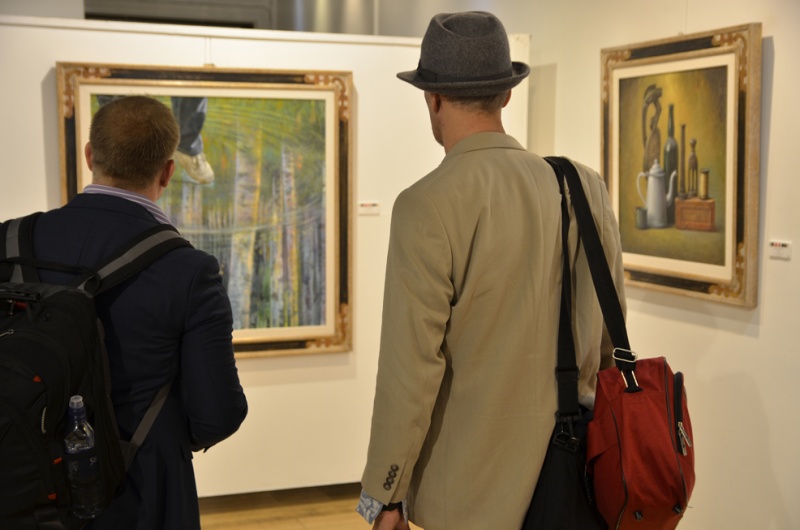 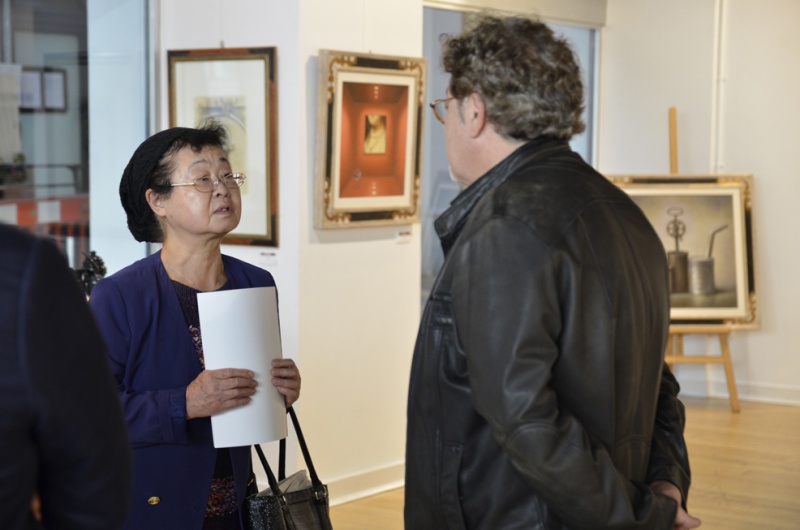 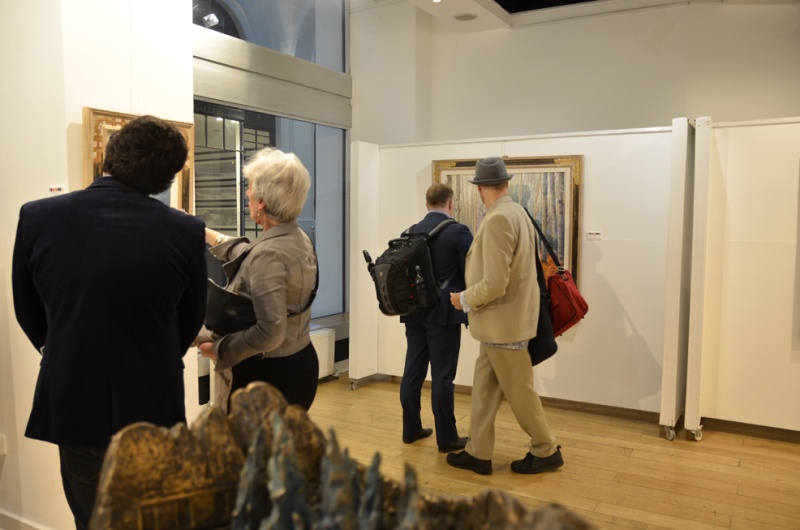 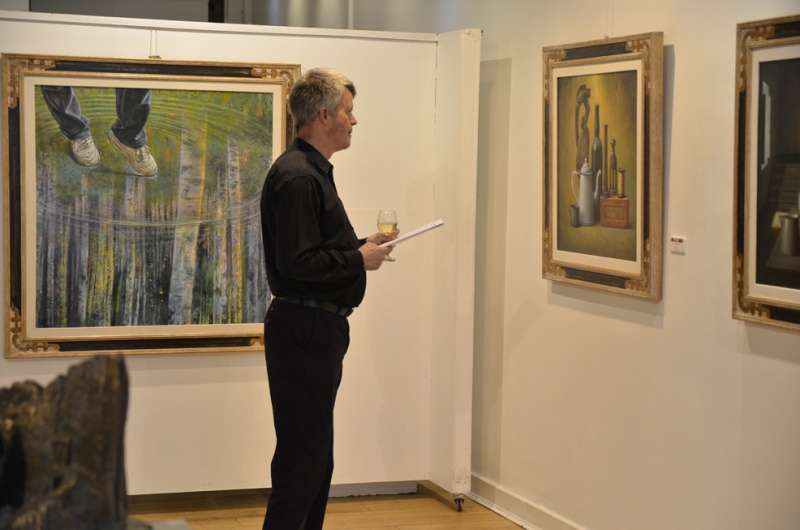 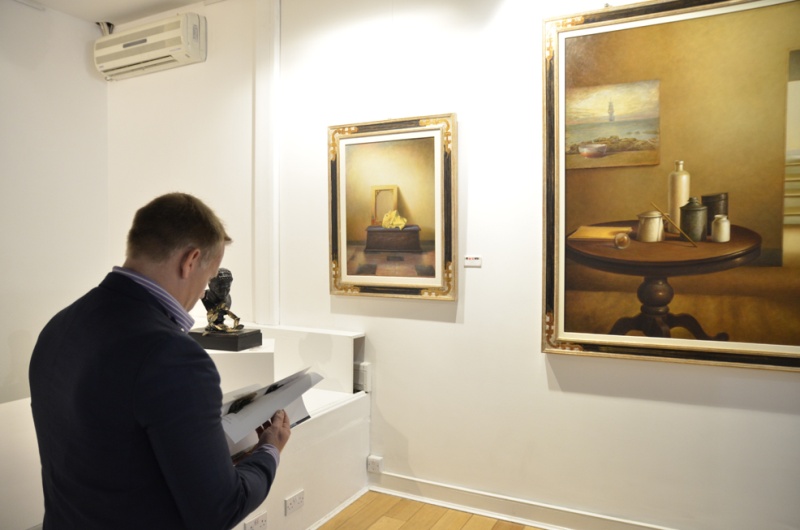 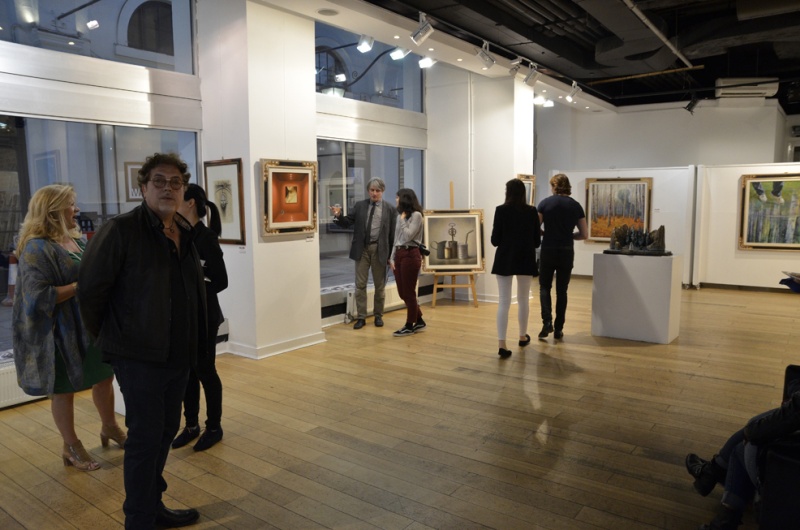 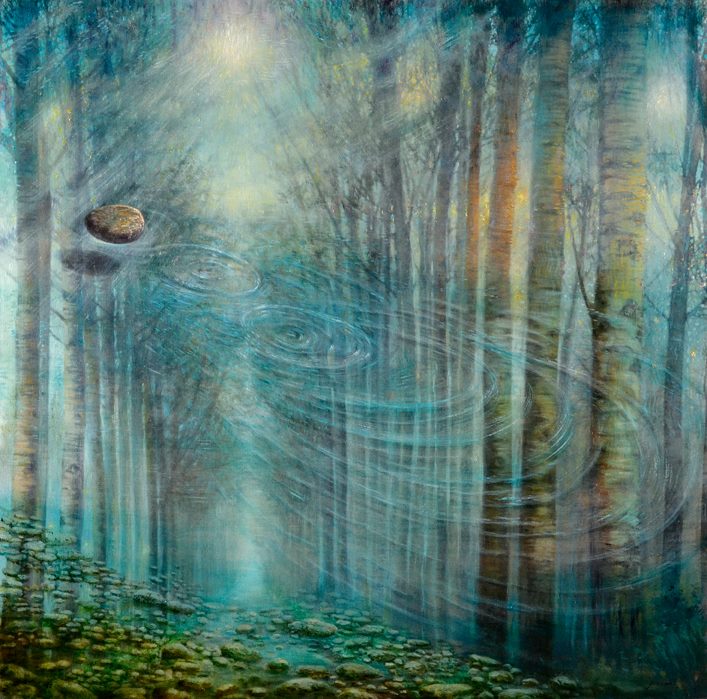 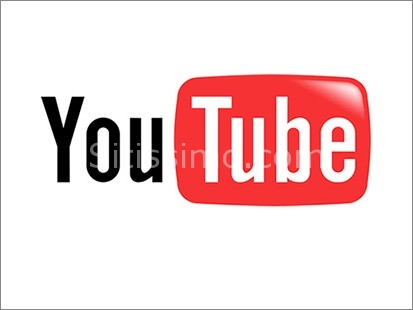